Where has this half term gone? As we approach the final week of Autumn Term I can't help but look back and think about just how far the entire class has come.

We completed our first round of NFER tests this week, the PSR papers are always really tricky but the children showed such incredible maturity in their attitudes. Even though we found them tough and couldn't yet answer all of the questions, every single one of them gave it go. A HUGE WELL DONE.

On Monday we also went the to pantomime to see Cinderella, the children were so well behaved and I have to say I was proud to be out with them. They really showed everyone there how amazing children from St Andrew's really are.

Our second forest school session was on Tuesday, even in the horrendous weather they all wrapped themselves up and marched out for the entire afternoon. If you haven't done so yet check out the pictures on our Dojo Class Story!

I'm sure there will be plenty going on next week too. See you then!

As Christmas is approaching our time just seems to disappear! We've had to start working EVEN harder than before, however the the entire class refuses to let it slow them down.

Yet another incredible week by every child in the class. I'd like to thank everyone who attended Parent's Evening so that I could give you more details on how your child is getting on, (although I did sing from the same hymn sheet each appointment!)

In English, we have completed the publishing of our Non-Chronological reports, I know I kept talking about them at every appointment (I can stop now). In D&T, we have started out Christmas stockings, this week we assessed current stocking and took ideas to influence our own designs. In maths, we have continued our journey to mastering subtraction, soon we will be stepping up to multiplication. In RE, we started a new unit on "What is it like to follow God?" We looked at the story of Noah's Ark, talking about how people may feel in those situations and the kind of person Noah had to be in order to comply with God's wishes.

Another huge thank you to everyone who raised money for the Mansfield Town penalty shootout, I had no idea so many people were involved! See you next week!

This week we have had so many different things going on in school, but the children have worked their socks off (apart from on Odd Socks Day!)

We have written some prayers to pay our respects for Remembrance Day, we have also been using our art skills to create some chalk backgrounds in which to frame them. So far they look STUNNING, I'm hoping they will be up on display this week.

Our No Pens Wednesday was an absolute hit, the children were so sensible and produced some amazing documentaries covering the new BBC show '7 worlds 1 Planet'. 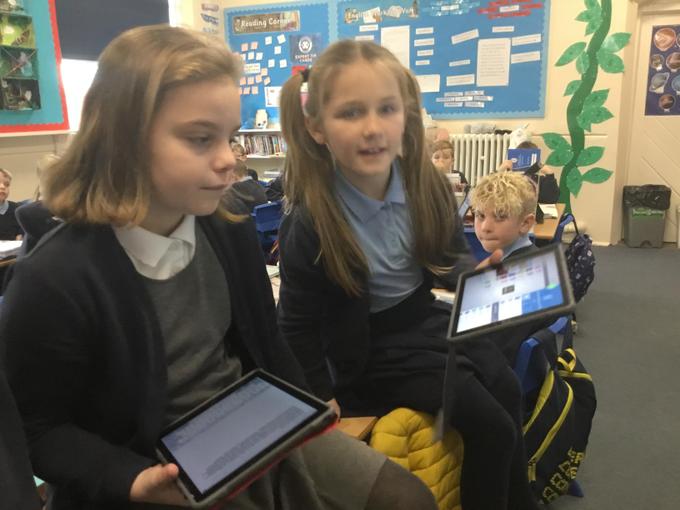 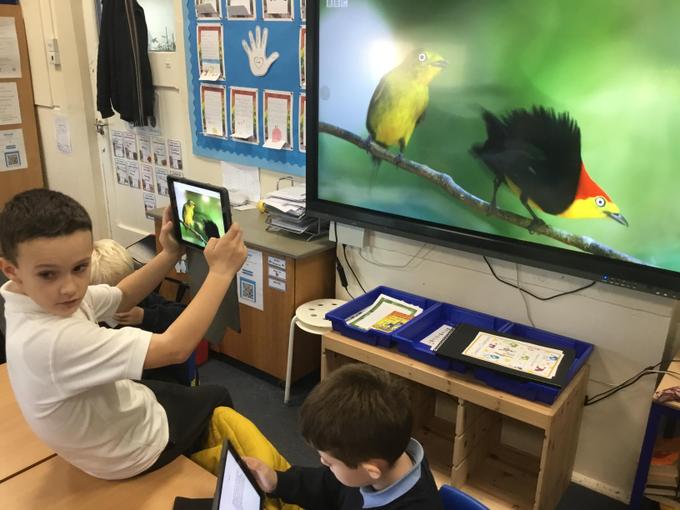 We also had a blast outside completing some maths challenges! 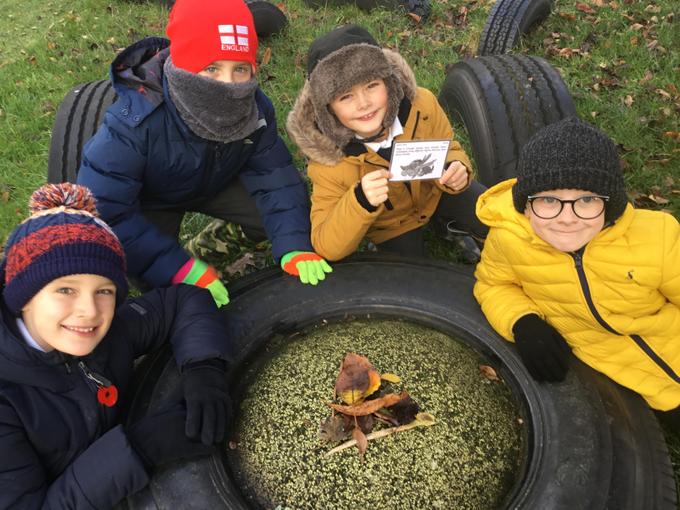 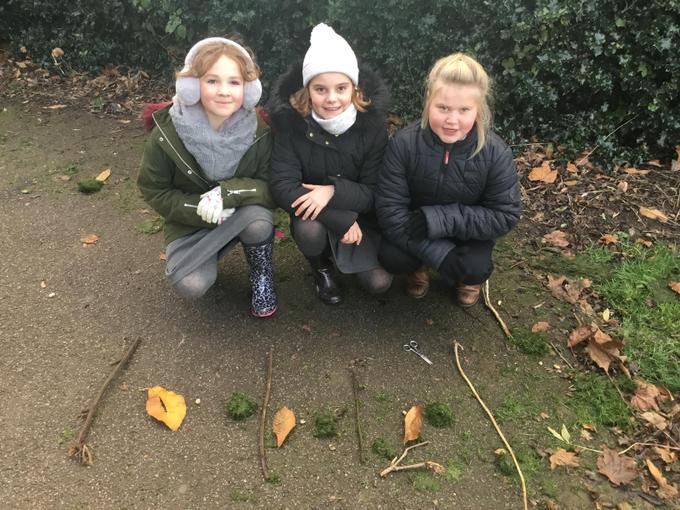 We've done so much considering it is our first week back! I'm going to try and stick to the bigger activities to give everyone a chance, honestly these children are absolutely smashing it (figuratively of course!)

In RE we started looking at Sacred Texts and what the word 'sacred' means.

In ICT our typing skills are being developed using '2type'.

In Maths we have been working on our arithmetic skills in addition and subtraction.

In English our report writing skills have continued to be tested as we complete out Non-Chronological Reports about different South American animals.

In French we have been practising how to greet someone politely.

In Geography we finally finished our layers of the Amazon diorama boxes!

In History we have began an investigation in the Mayan civilisation.

It's been a more "uniform" week for Charlie's Champions this week, even though we don't have as many amazing pictures to show off I can tell you the class has been fantastic.

We have got out Times Table Rockstar accounts up and running properly this week, the children have really took off at the speed of light. So many of the children are practising extra at home and it's so clear to see the way they are continuously moving up the difficulty settings!

We have continued our science work on plants, so far we have looked at what plants need in order to grow as well as how plants transport water. We have set up a little investigation with food colouring to see how long it takes water to get from the bottom of the stem up to the top of a flower!

We have started our next English Skills focus on Non-Chronological Reports. The children have chosen from one of five Amazon Rainforest inhabitants (boa, frog, sloth, jaguar and macaw), and started their research off with an outdoor fact hunt!

I've said it every week so far, but I have to say it again today... What an incredible week! I can't believe that as we approach week 6 that the children are still impressing me every single day.

The children were incredible in PE, they have been working on a new game called tchoukball. Where in teams they have to pass a ball and bounce it onto a net without their opponents catching it. It lends many of its skills to games such as handball and netball. After a few weeks of working on the skills they finally had a go at some proper matches. It is safe to say they were amazing. 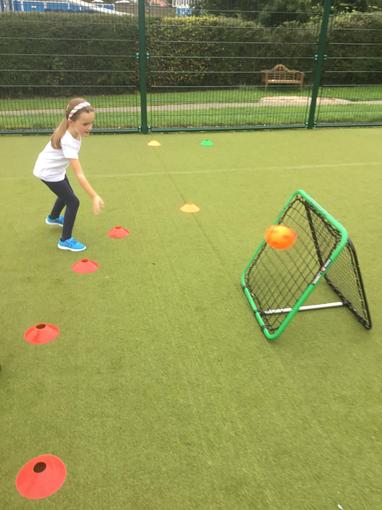 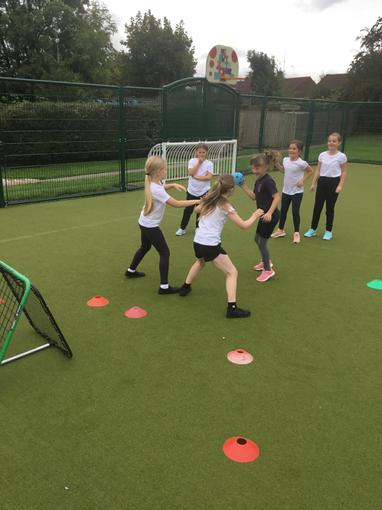 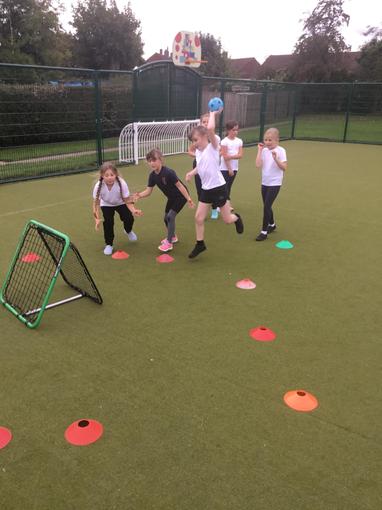 I have to include a special mention for our class for this, White Post Farm came into school and used our classroom as a base. We couldn't use our own room all day and we felt like nomads, from one room to the next! However when we returned to our room for our go, the children were so well mannered and polite (excluding a number of shocks when some of our new friends came out to say hello). 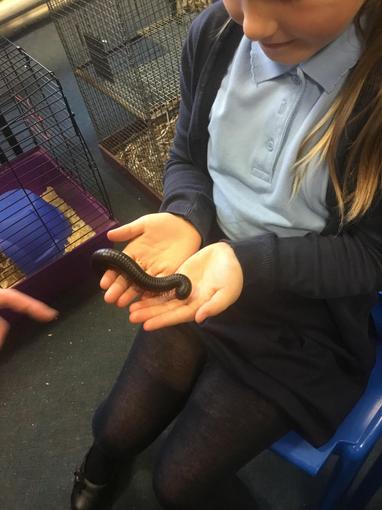 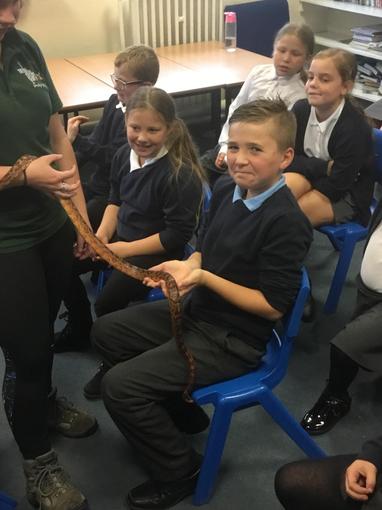 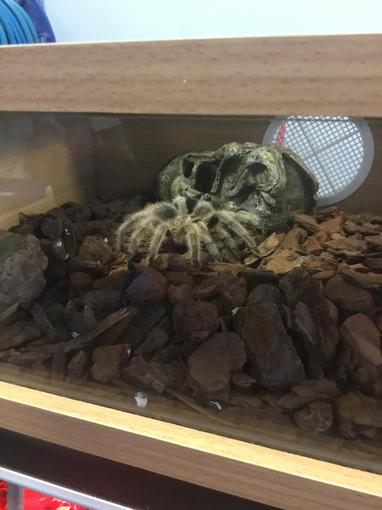 Back in our own classroom again the children got off to a flier in maths, we took our rounding skills to the next level and tried our hands at a carousel. Not only did the children play rounding bingo and test their explanation skills to create posters on how to round, but they even had a go at our very own rounding race! 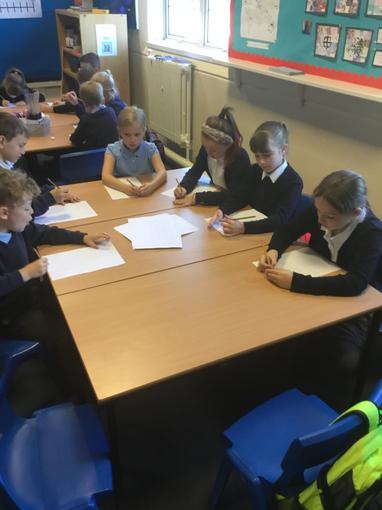 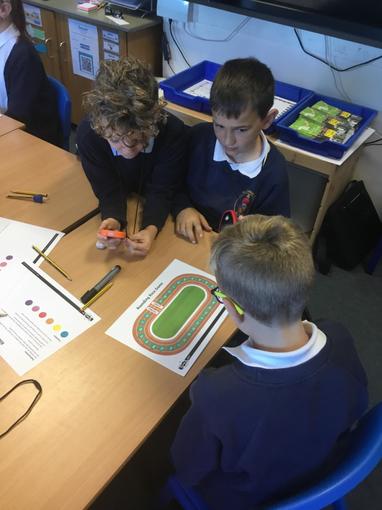 No rest for the wicked! Mansfield Town FC were in on Thursday for a special practise shooting session, it's safe to say they have us ready for next week's charity penalty shootout! 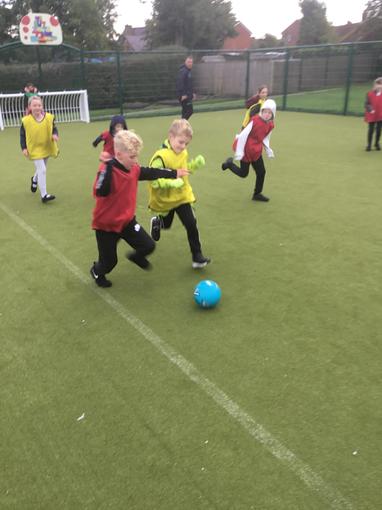 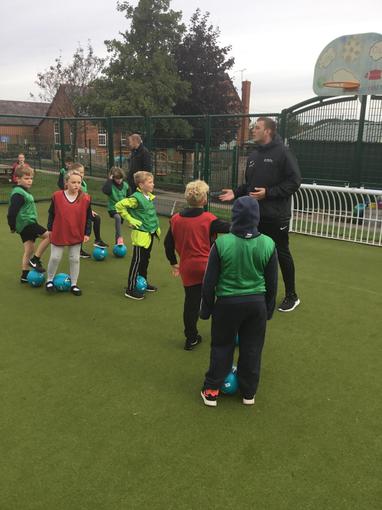 We had to get our scientist on on top of everything else this week! To continue our study of the Amazon Rainforest we decided we were going to look at plant biology and see how they can cope with the conditions. The children looked inside different types of flower, finding an matching them to their scientific names. 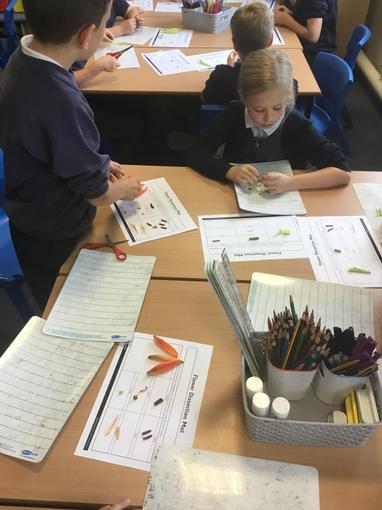 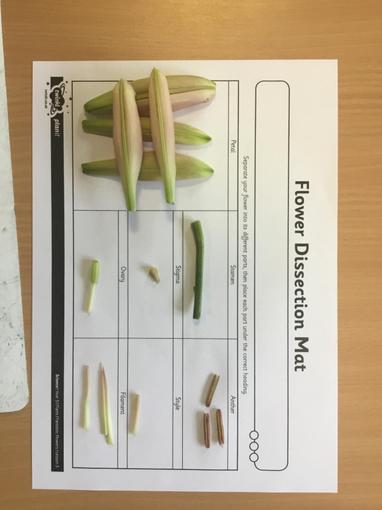 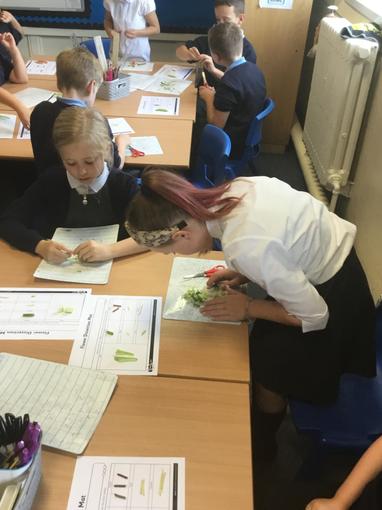 I have to say the rate at which the children keep impressing me is phenomenal! Look at some of the fantastic work we have done!

In maths we have investigated weight, looking at how heavy covered items are and comparing their weights without actually knowing their value. The children came up with some superb observations and it really helped when we ended up making the South American treat brigadeiro! In Art we finally finished our tropic collages! I think Beatriz Milhazes would be proud of how good they turned out! (ADD PIC).

Another week nearly complete and yet another successful stretch of learning for my Champions!

In English this week we have started looking at how to write an effective set of instructions, but before we can start that we took some time to learn everything that is needed to make a set of instructions worth reading. We became critics! 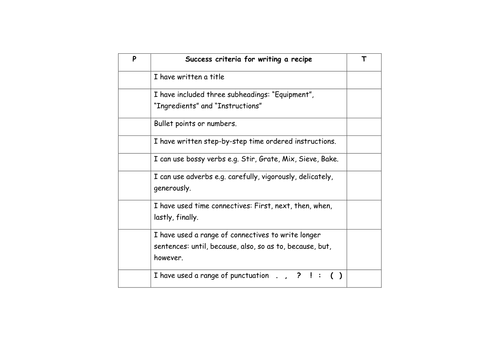 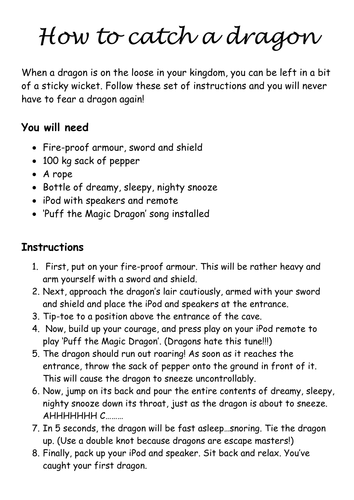 In our maths lessons we have continued our work with place value and have been looking at comparing numbers and describing their similarities and differences in terms of Tth Th H T & U! We managed to turn this into a little competitive game, the children were fantastic! 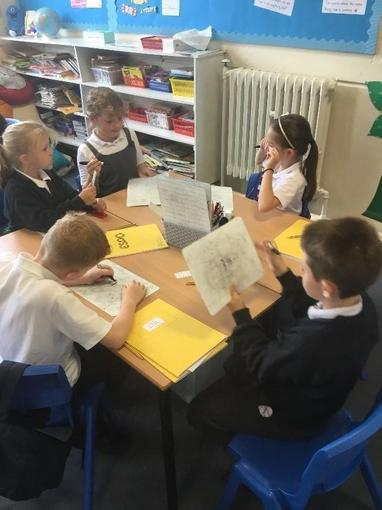 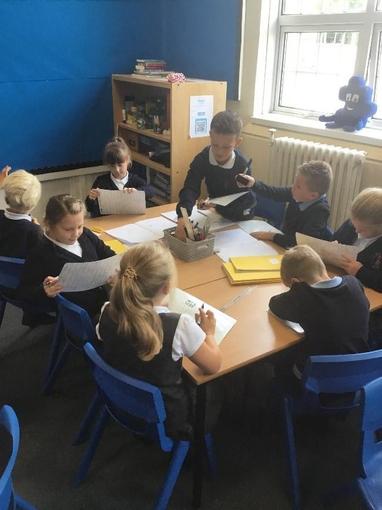 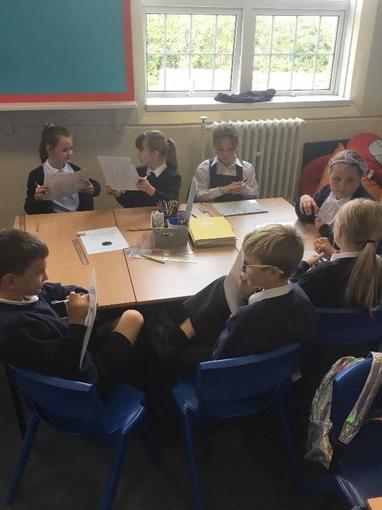 We have continued our amazing art following the works of Beatriz Milhouse, we have created collagraphs in order to enhance our choice of shape and colour. Next week will have some fabuous examples up in our room and on here for you to see!

So after one full week in school the children are really starting to show what they can do!

As geographers, we have started working on our traveller's  guides, we have used a number of different resources to study world georgraphy - we have been able to identify and label many different continents, countries and seas!

As mathematicians, we explored what digits mean in numbers up to and including 10,000, discussing in different ways how place value is used in the maths we already know as well as new patterns we had never acknowledged.

As writers, we have started with  a huge push on our English skills, we have looked at the correct use or a or an as well as using dictionaries and thesauri to improve ideas we have already written.

As artists, we mimicked the work of Beatriz Milhazes, using simple shapes such as squares and overlapping them to create a stunning backgrounds. Next week, we will be building stencils to finish off the work just like her!

I can't wait to see how amazing the Champions will be when we finish all this fantastic work.

Well, I can safely say that I am thoroughly impressed by what I have seen by the new Charlie's Champions! Our first 3 days together have been superb, everyone has come back with a fantastic learning attitude and jumped straight into every challenge laid out before them.

So far we have created and described our very own imaginary worlds to go with our first learning focus of Faraway Lands, we have looked into the past at the Mayans and detecting historical errors, created our own artwork based on the book "The Dot" and have started our maths work for the term on Place Value.

Next week we shall have our Class Councillor chosen to go with all the new monitor jobs we came up with in PSHE/Jigsaw.

See you next week.