Creatures of the blue abyss (and not)

I would like for you all to meet the amazing organisms that we will be looking after this half term (don't  worry, they already have homes for when the school year ends.

In true spirit of our 'Blue Abyss' unit we have 6 fish: 3 oranges fin danio and 3 zebra danio! 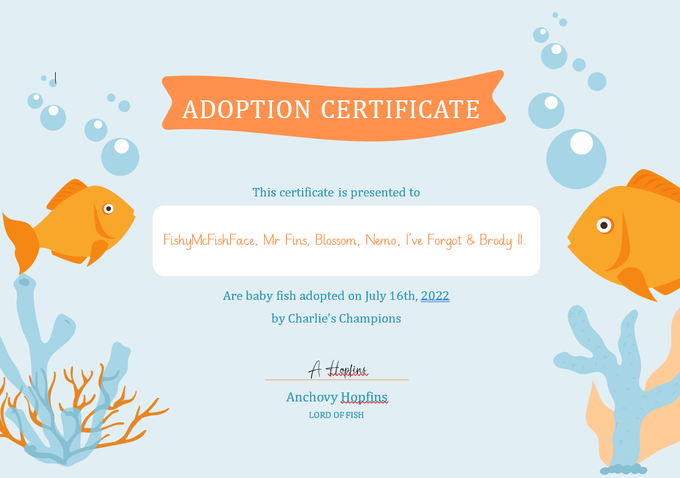 But  that's not all, we are also lucky enough to have some creatures with a few more legs!  We have caterpillars, they took no time at all turning into chrysalis so in no time at all we will be able to show off our butterflies (we intend to release them all together before the end of the year).

Have a great week. See you soon!

Into the Blue Abyss!

So we start the final half term of Y4... I have a feeling that the children are going to impress me this term more than in any of the others! Here is what we got up to this week... The children started our new project by discussing what they already know about the liquid that covers around 75% of our planets surface (thank you ER). Our first main lesson looked at the major bodies of water that make up the oceans and how they're different. The children were certainly excited to find out more.

English - We took inspiration during our English unit last half term based on Willy Wonka & the Chocolate Factory by trying to write a poem in the form of Sammy Davis Jnr's "The Candy Man". The children have done amazingly well so far studying the structure of each verse and recreating their own. Next week they will be looking at how to include our writing rainbow to truly make it their own!

Maths - This week we finally finished fractions! The children were disappointed yet relieved to see the end of what was a very tough unit but they were amazing from start to finish. Our main goal was to master fractions of amounts and they didn't disappoint. We started off by focusing on unit fractions but swiftly moved onto non-unit fractions as well as reasoning questions too! All in all a very successful week.

Here is a little look into what we got up to in the other subjects...

Music - Lean on Me

Just One Term to Go!

So we've come to the end of term number 5! I can't believe we only have one more left before my amazing learners become Year 5s... It's been a rather different week again with so many different things going on!

The children battled against an evil Egyptian king this week. The legend has it that once every thousand years a cruel and evil ruler (who was so despicable they removed him from record) tried to escape his prison inside of a golden statue. The children of Charlie's Champions were given the task of preventing him from escaping and thwarting his 3000 year old plans to rule the whole world!

We were separated into 2 teams that each had their chance to problem solve, demonstrate teamwork and work against the clock to succeed! 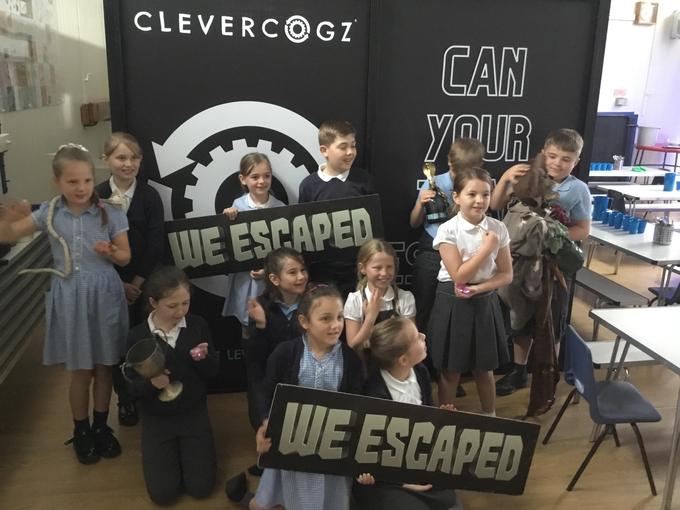 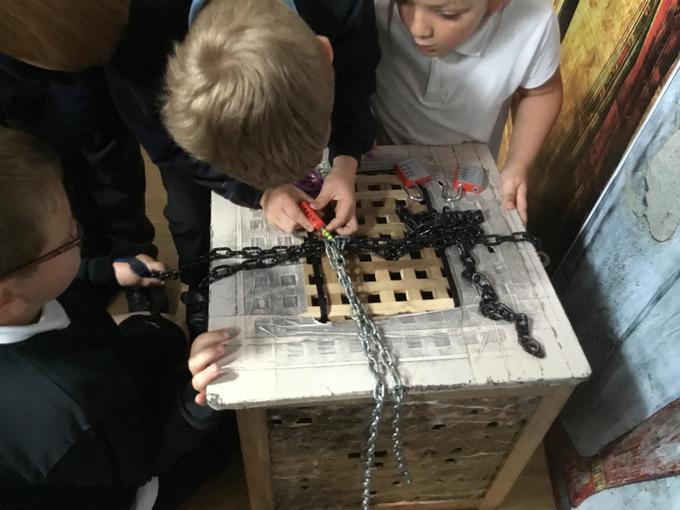 On Thursday 26th we had afternoon tea as part of our Jubilee celebrations, a big thank you has to go out to the Academy Transformation Trust Further Education College (ATTFE College) who provided every child with a free scone, jam and cream. To top it all off we even had an amazing cake stall to help raise money and some incredible entries to our Jubilee Cake Competition! Check out the winner on the school Dojo page! 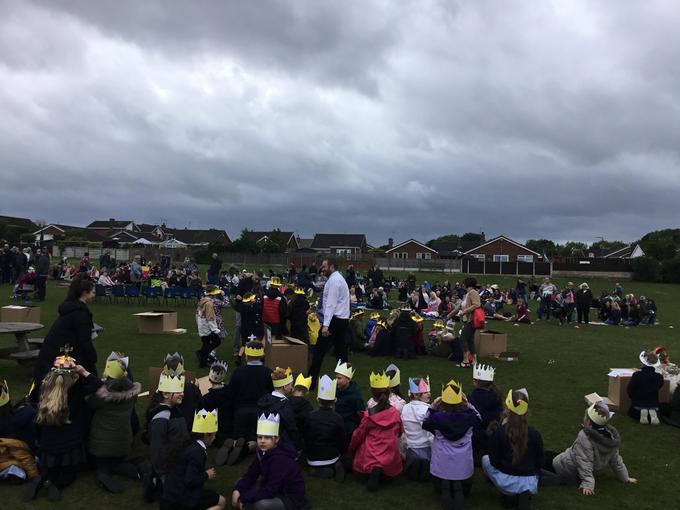 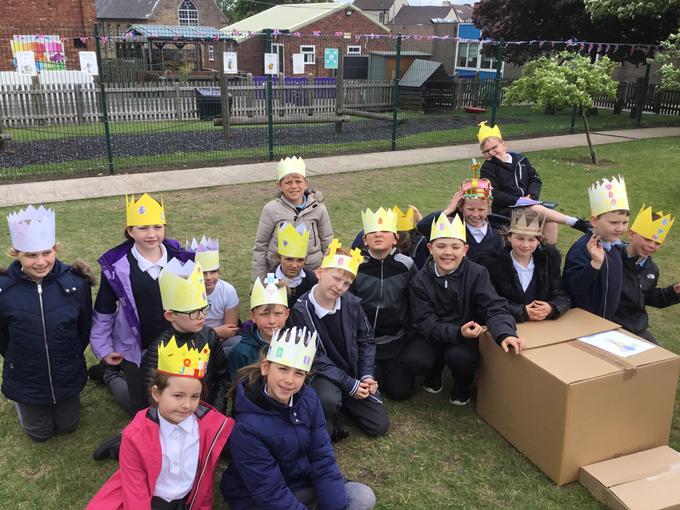 We have had a spectacular day at school on Friday 27th celebrating the Jubilee with our very own street party. The children absolutely loved this and were so excited to celebrate with their friends.

See you after the break!

It's been a different week for Charlie's Champions this week, with the vast majority of the class away Monday -  Wednesday on residential. We headed to Thornbridge Outdoors which is deep in the heart of the Peak District  for a few days of independence and "pushing out into the deep", it is safe to say we did that and then some! Mountain Biking? CHECK. Caving? CHECK. Rock hopping? CHECK.  The children were constantly pointed out for all of the right reasons and did the school proud. Let's not forget the amazing children that didn't come, they had an amazing few days learning with Miss Cooper and Mrs Robinson learning all about he Indus Valley!

We didn't just sit around and take it easy once back at school, even though everyone was very tired we got straight back to it! We have been learning about simple machines that the ancient Egyptians used to make their lives easier; screws, pulleys, levers, wheel & axis, wedges and inclined places! On Friday we got together with Class 4 and Class 6 to design and make some of these simples machines, then thinking about how the people of ancient Egypt might have used them! 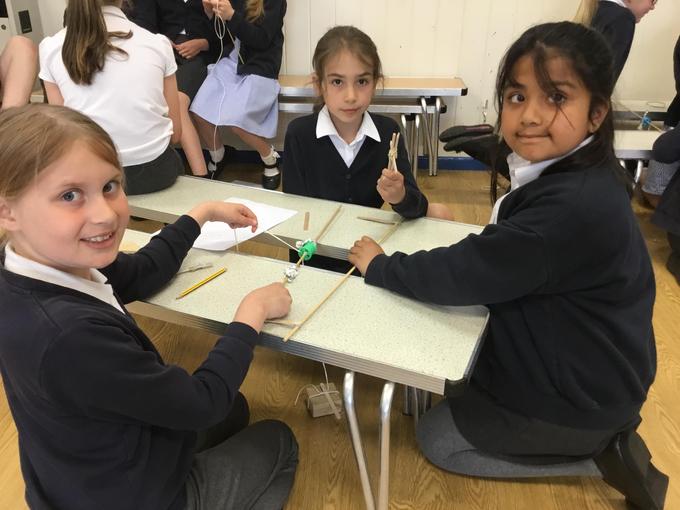 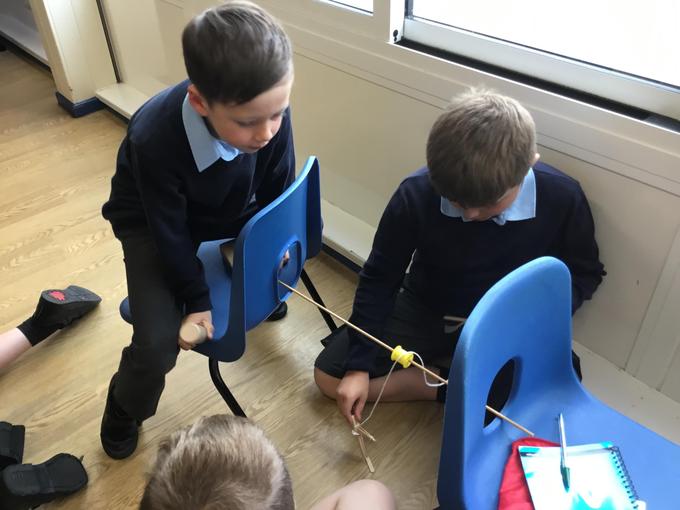 Shorter week? Not a problem for these learning pioneers!

We MAY have had a shorter week thanks to the bank holiday but the children have been amazing this week (as always), they are really starting to fly each and every week!

We had a superb time looking at different Sumerian artifacts this week and discovering what this could tell us about the civilisation that started it all! We found out that not only did the Sumerians invent amazing farming tools like the plough but they were also credited with being the first people to use bronze and invent their own number system.

It doesn't end there though, we also spent some times looking at the social hierarchy of the Sumer people as well as researching the first Sumer King, Sargon the Great. We had a look over what he accomplished during his reign and then decided why he was an effective ruler.

- Maths - We continued looking on fractions, counting in tenths before moving on equivalent fractions!

- PSHE - We looked at the pain of loss and how people might feel in different situations.

- Computing - We moved on from single code input to using multiple commands at the same time!

So Little Time But So Much To Do!

We might be in the final term of the year but I feel like this is where the children of Class 5 are really going to knock our socks off! They have come back full of energy and enthusiasm, I knew they would be and it was exactly what I had been looking forward to!

Here is what we got up to this week:

English - We started our writing unit looking at Charlie & the Chocolate Factory, the children were especially excited to write about our class namesake! We reviewed the background story of Charlie and his family as well as trying some chocolate of our own so we could create a vocabulary bank ready for us to become chocolatiers!

History - We started our unit learning about "ancient Civilisations", working in chronological order we looked at  the world's very first civilisation, ancient Sumer! We learned what made the sumerians settle in Mesopotamia and what they achieved in order to be classified as the first civilisation.

Music - We started learning how to rap! This half term we will be looking at the song "Stop!", a song about bullying and the unpleasant consequences it can bring.

Computing - This week we learned the basics of the computer program "2Logo", this allows the children to control a virtua turtle. We started off by looking at the language required to move the turtle and how to make it turn (focusing on degrees).

We have so much more to do! See you next week!

Unfortunately not the ones with chocolate chips.

Some cookies are necessary in order to make this website function correctly. These are set by default and whilst you can block or delete them by changing your browser settings, some functionality such as being able to log in to the website will not work if you do this. The necessary cookies set on this website are as follows:

Cookies that are not necessary to make the website work, but which enable additional functionality, can also be set. By default these cookies are disabled, but you can choose to enable them below: